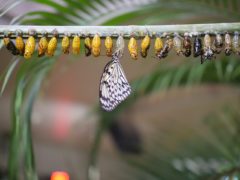 Most of us are familiar with the story of the six foot tall man who drowned in the river that was five feet deep “on average.” Of course, we understand… Read more »

The Patriots (that’s my team) beat the Falcons, Tom Brady is the GOAT, Bill Belichick is the GOAT. How could this have happened? ESPN’s model had the Patriots as having… Read more »

The very interesting-sounding statistic that launched a thousand retweets is once again making the rounds because oxfam is milking it yet again has updated their annual report. That’s right, it’s… Read more »

SlateStarCodex puts out predictions for 2017 with confidences. I love the idea, so I’ve hijacked the first few sections and replaced them with my own estimates. I’ve put periods at… Read more »

I am fairly well known around my office for cynicism skepticism around “fun facts”. I usually need to see the figurative receipt before I believe it. When it comes to… Read more »